A good design is based on the functionality over form, being function that configures form. My projects on the basis of this premise, present a minimalist character and their design seeks to achieve the simplicity.

My work searches to enhance our sense of environment, its identity and relationship as many with ourselves as the physical spaces we inhabit, whether natural or human-made.

The White family seeks to be anonymous, tries not to attract excessive attention and integrate into public spaces. Its calm visual profile, together with the different versions of the seat and backrest, give it an affable appearance that invites you to sit comfortably and relax.

With an elegant design and refined execution, the entire series is solved by simple lines. It is thus resolved with a clear and contemporary language. Its basic and honest construction gives it great character, which follows a coherent discourse between material and form. White also stands out for its versatility and wide family that can respond to a large number of spaces and environments.

The range of colours is very limited, white being the articulating color of all the elements, this decision is due to the neutral character that white has, it also gives a light, simple and pure character to the pieces, which seek to go unnoticed and integrate in the beach scenery.

White is also associated with the idea of cleanliness and hygiene. This initial decision allows the pieces to dialogue with their closest surroundings from a modern language but without competing with the traditional aesthetic values of Malvarrosa and Valencian Art Nouveau of Cabanyal.

The generating element of all the pieces is a continuous plane that folds over itself. In addition to being a formal aspect that configures the final appearance of the furniture, it ends up developing both the seat and the back of the different elements.

For the configuration of the pieces, a reduced range of materials has been chosen. Seeking that they have a good performance in aggressive and corrosive environments, such as the marine, and allow to comply with the premises imposed in the briefing, such as the ease of conservation, storage and cleaning of the new furniture. 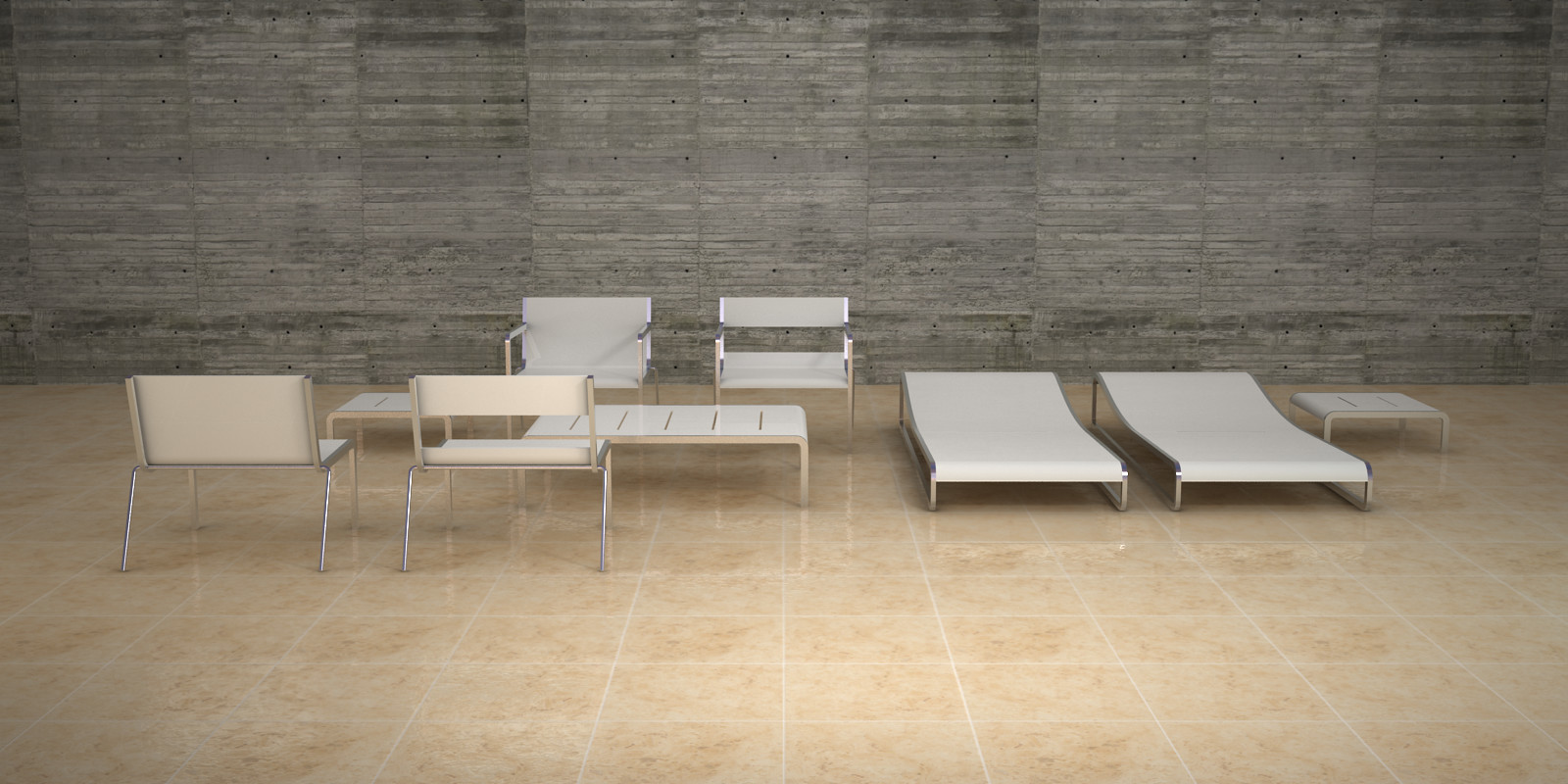 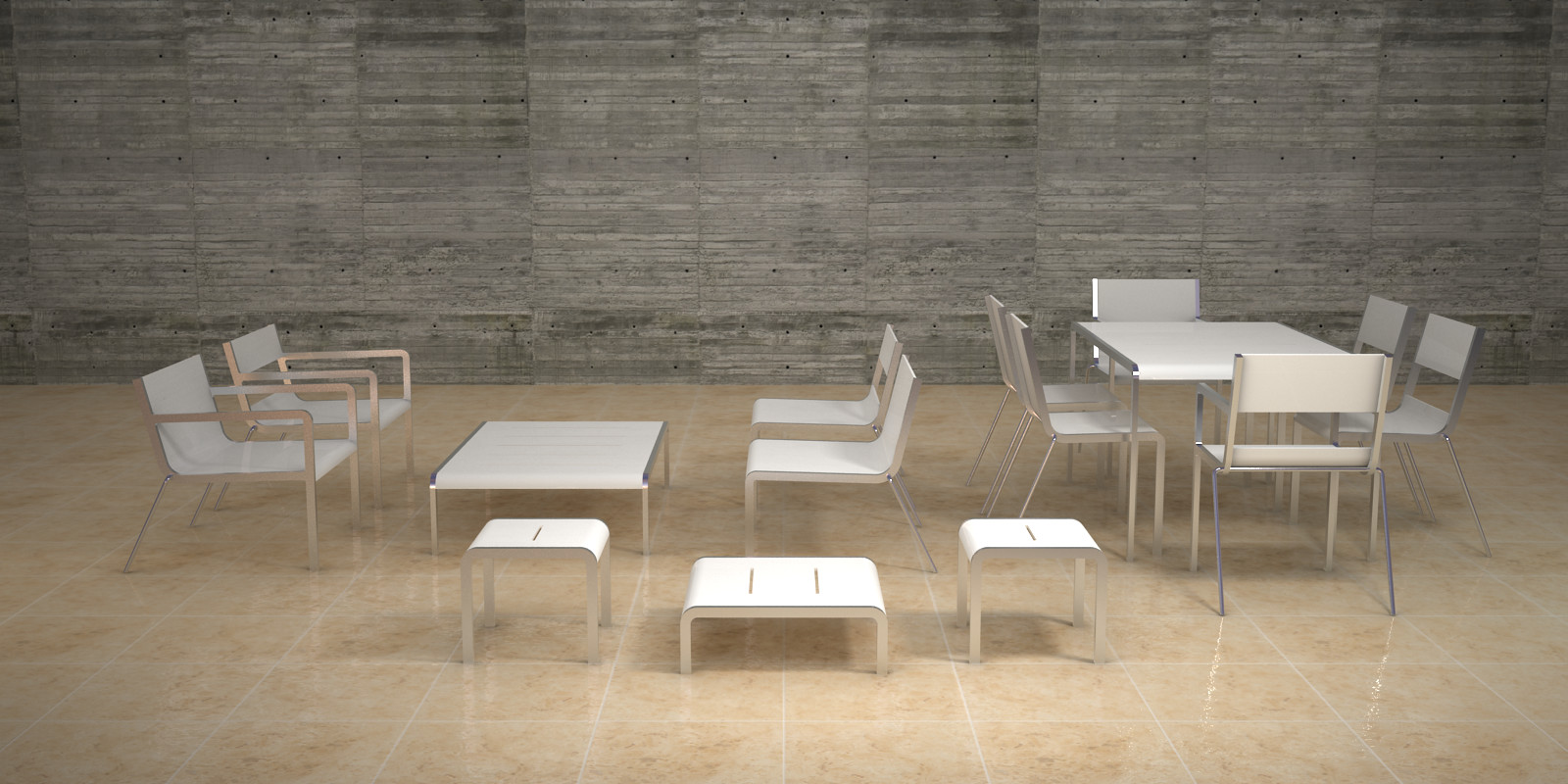 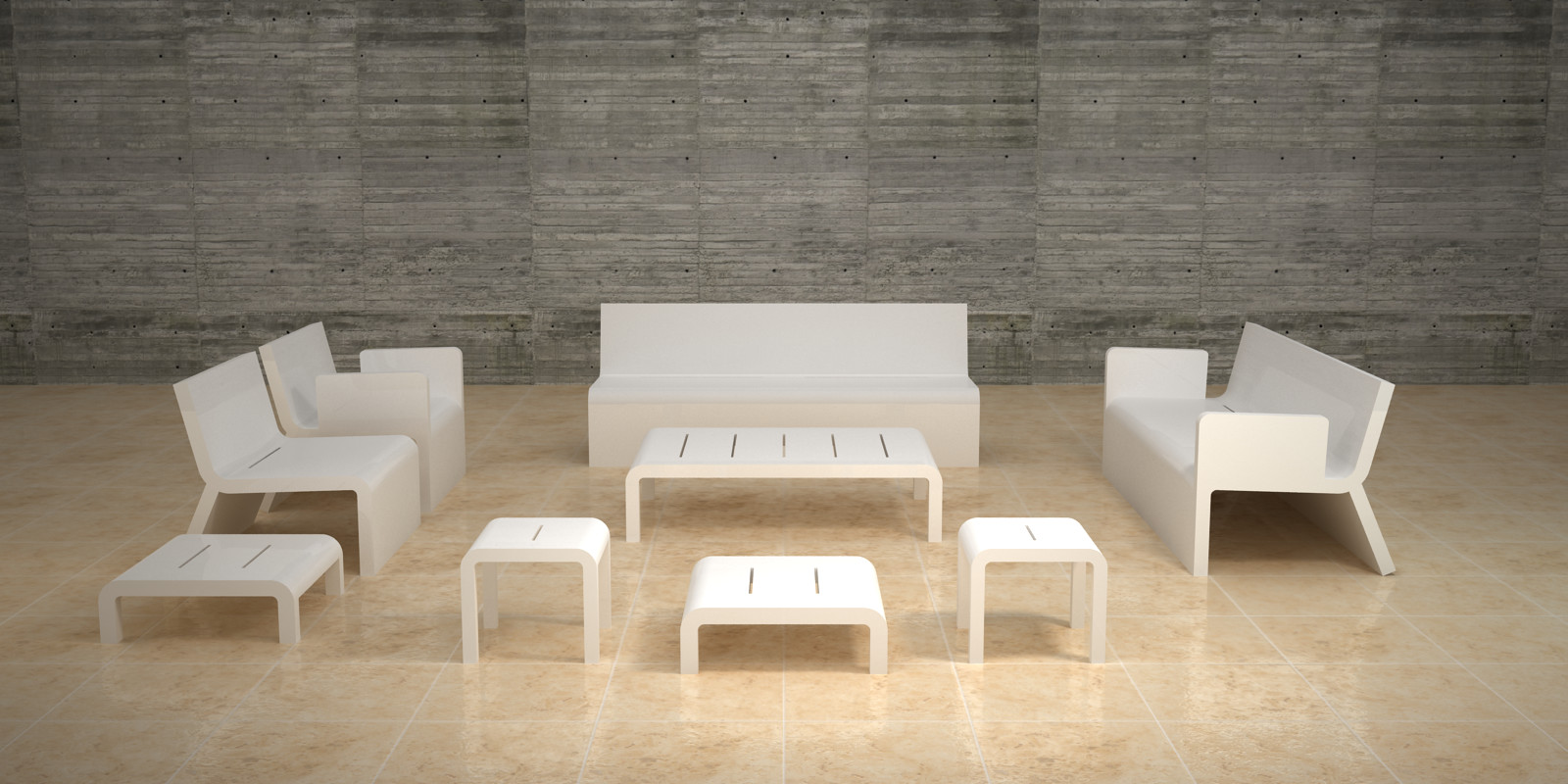 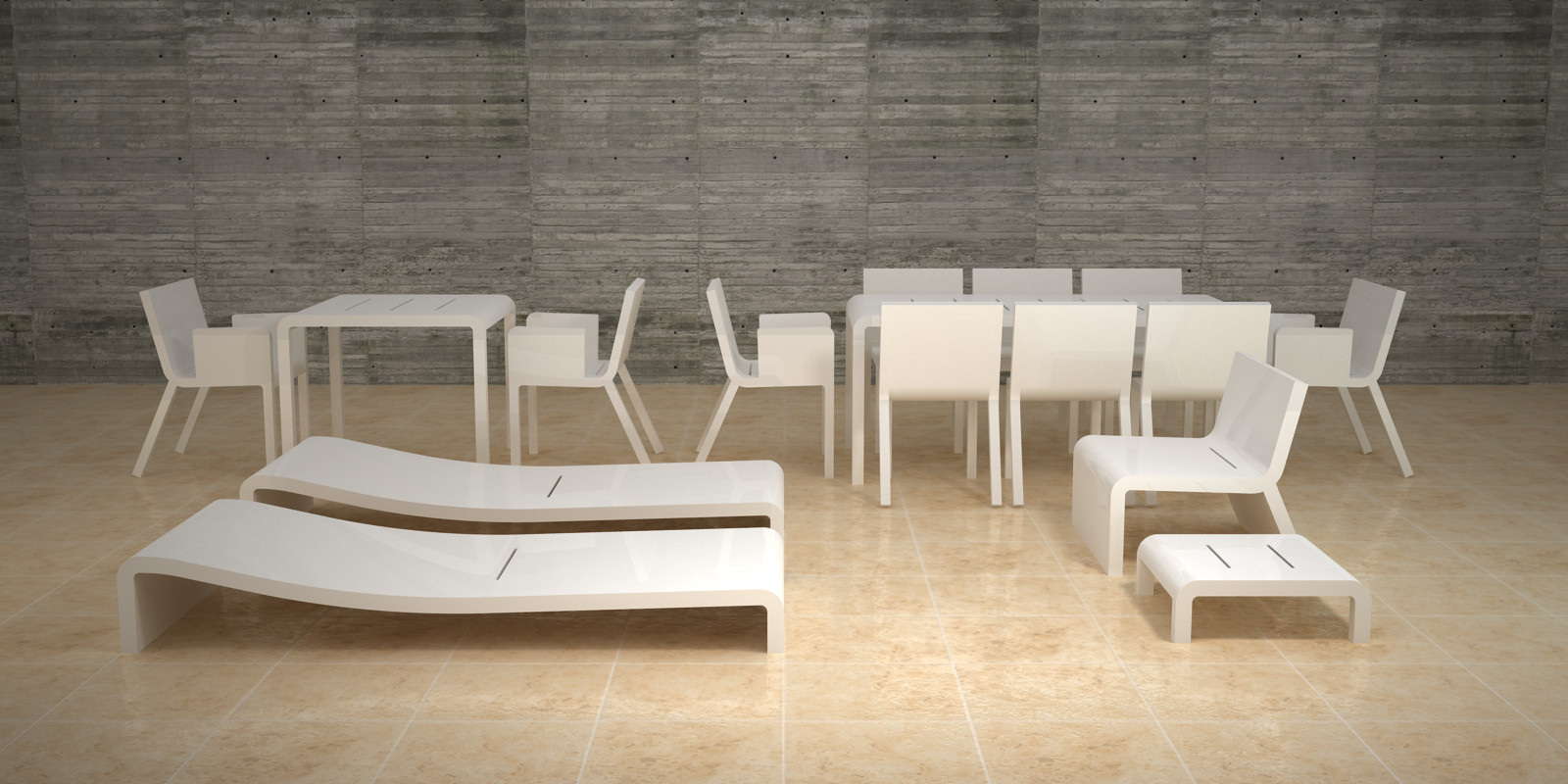 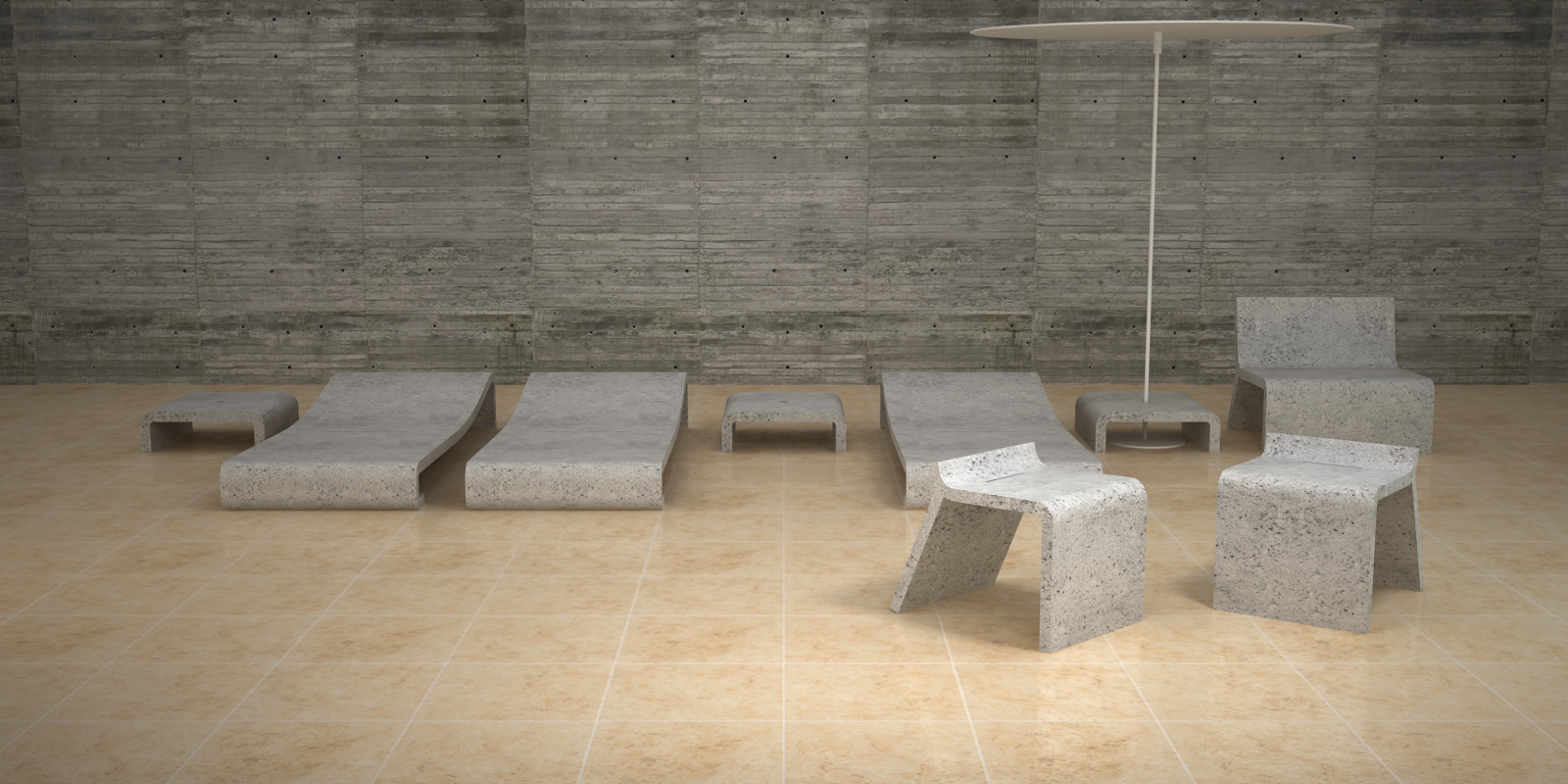