A good design is based on the functionality over form, being function that configures form. My projects on the basis of this premise, present a minimalist character and their design seeks to achieve the simplicity.

My work searches to enhance our sense of environment, its identity and relationship as many with ourselves as the physical spaces we inhabit, whether natural or human-made.

The new museum of modern and contemporary art is located on a plot near the Central Market and adjacent to Plaza de la Merced, defined by Calabazas, Mallorquins and Poeta Llombart streets, in the market neighbourhood of Valencia, in Spain.

The plot has an L-shape, with the particularity of having a pre-existence in its outer vertex, it is a dividing building of nine-storey floors that delimits north and west with the new museum. This causes the strangulation of the plot in its central zone. The mandatory acceptance of this building perimeter was the starting point of the project.

The building proposes a unitary and compact form. In general, there are two elongated container volumes that build the arms of the L. The vertical communication system is located at their point of union. The first of them, relapsing to the Plaza de la Merced, is wider and houses the sequence of exhibition areas that constitute the permanent exhibition of the museum, while the second is reserved to house the most internal functions of the institution, such as workshops, production and offices.

The main access to the museum is from the Plaza de la Merced, as it is the area with the most pedestrian flow and notoriety. It also offers a prior public space of a certain dimension, according to the identity of the new building.

The access is set back to allow a gradual transition from the outside to the inside. It is located in the extreme right vertex of the plot, being visible from María Cristina and the rest of the streets that meet in the square. This operation serves as a claim and gives an urban character to the access. 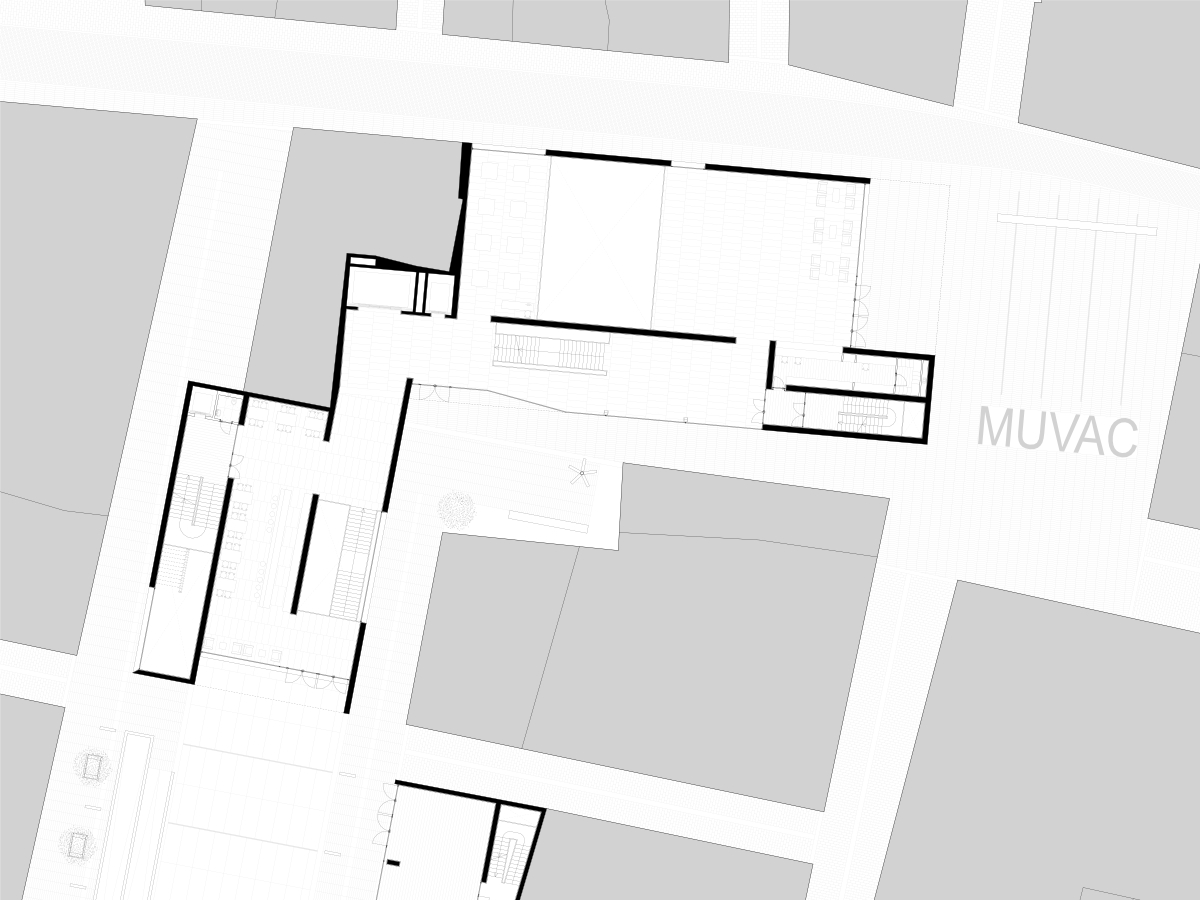 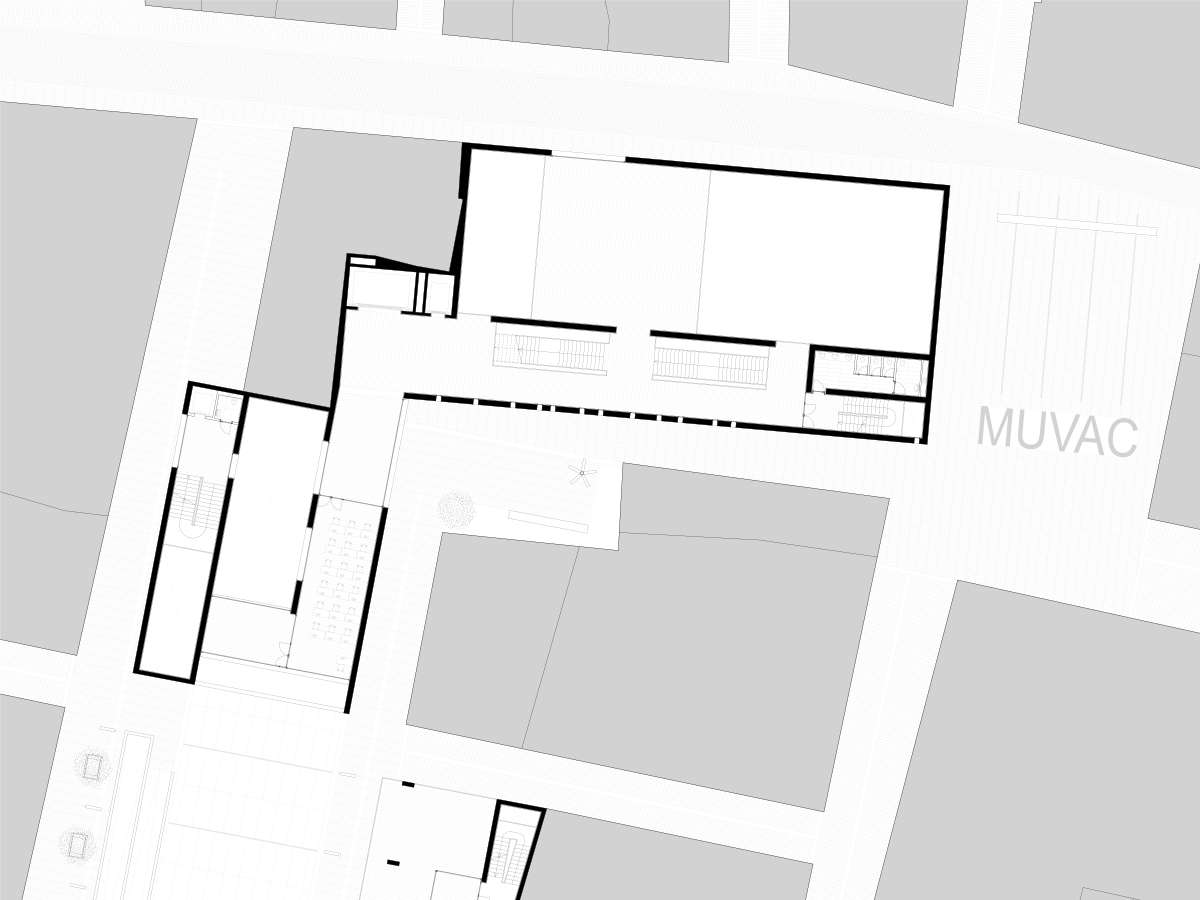 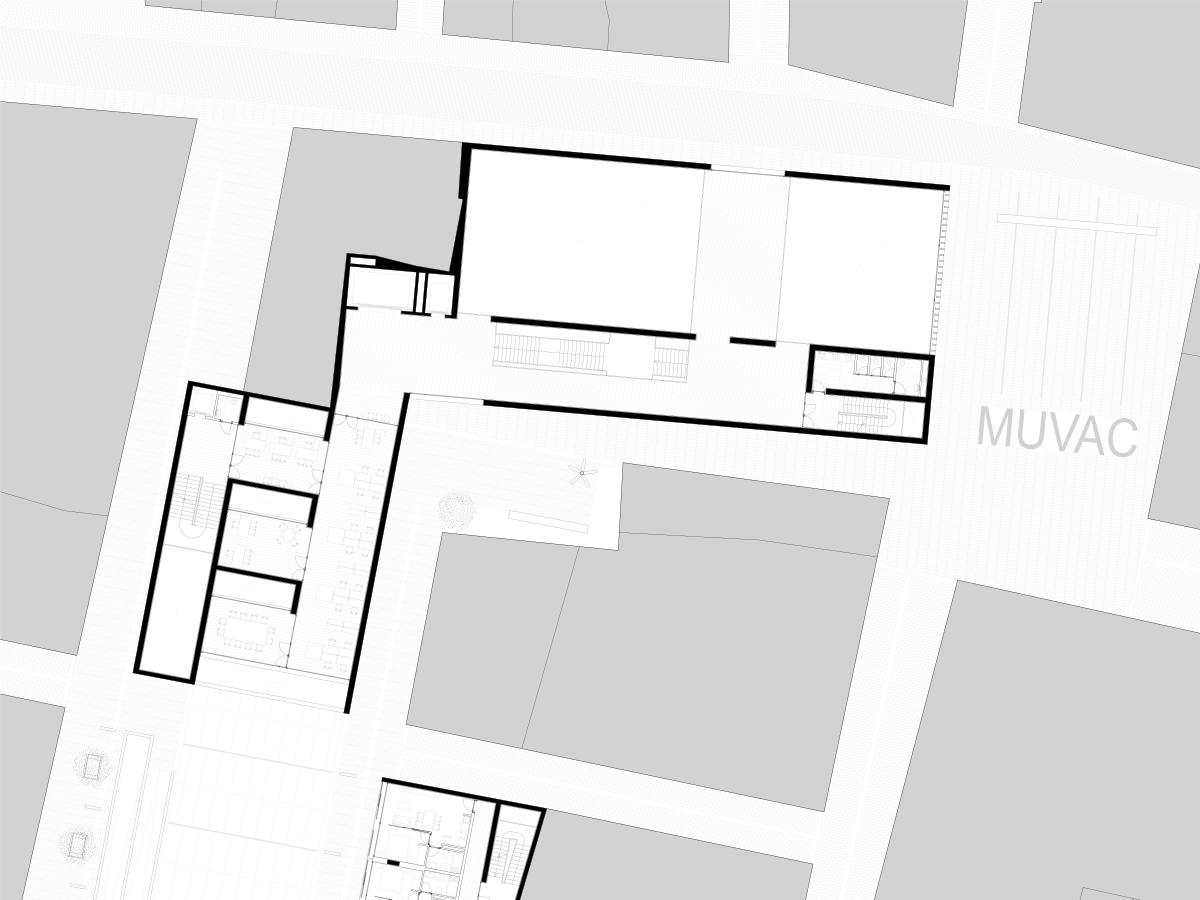 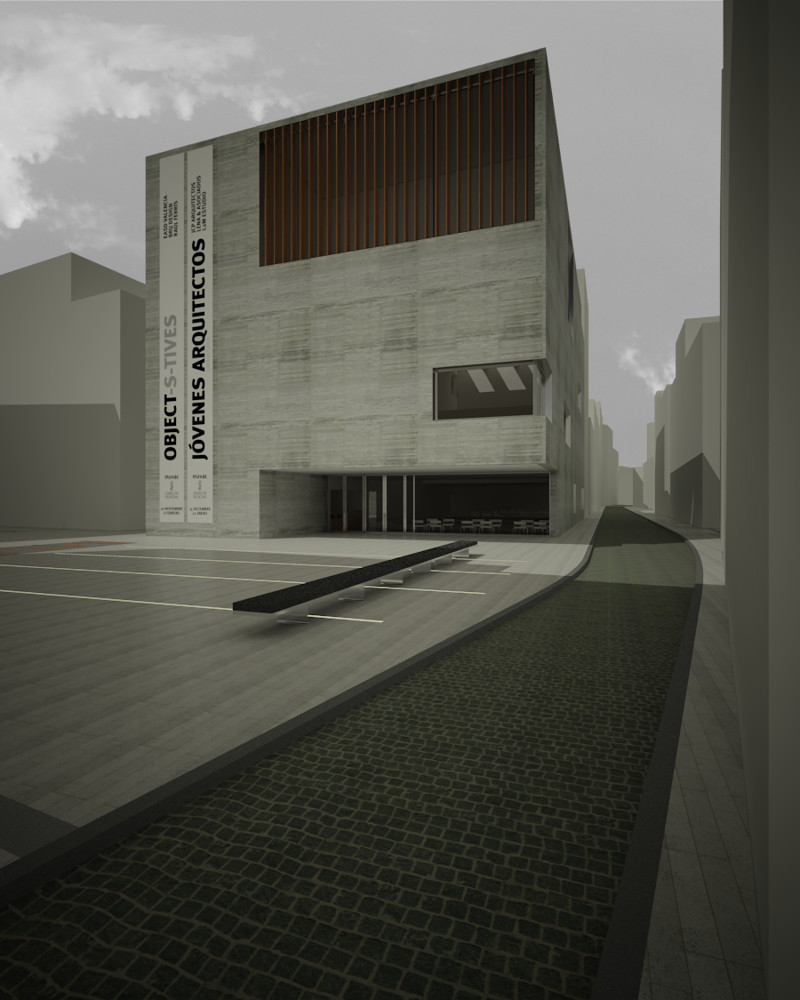 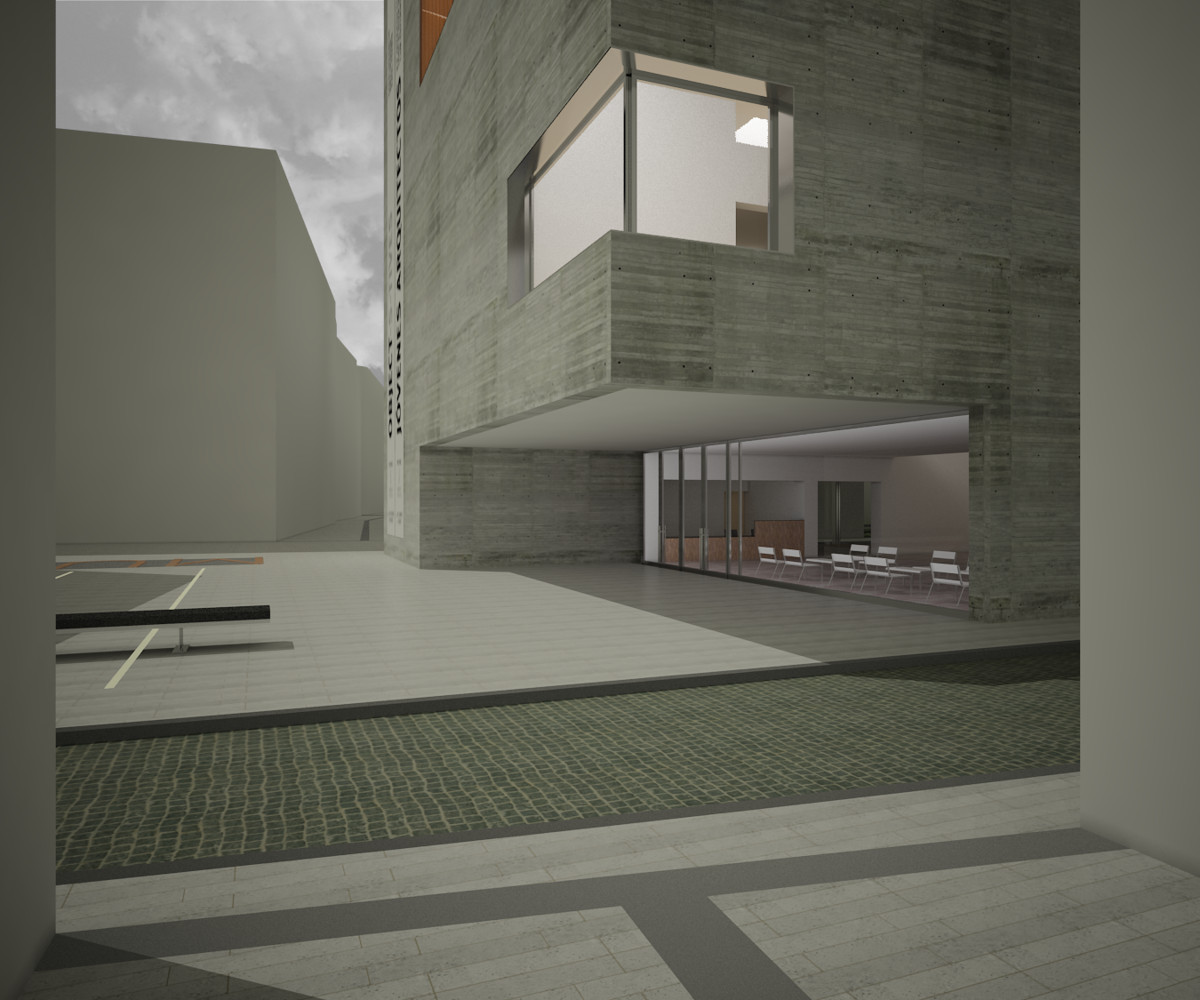 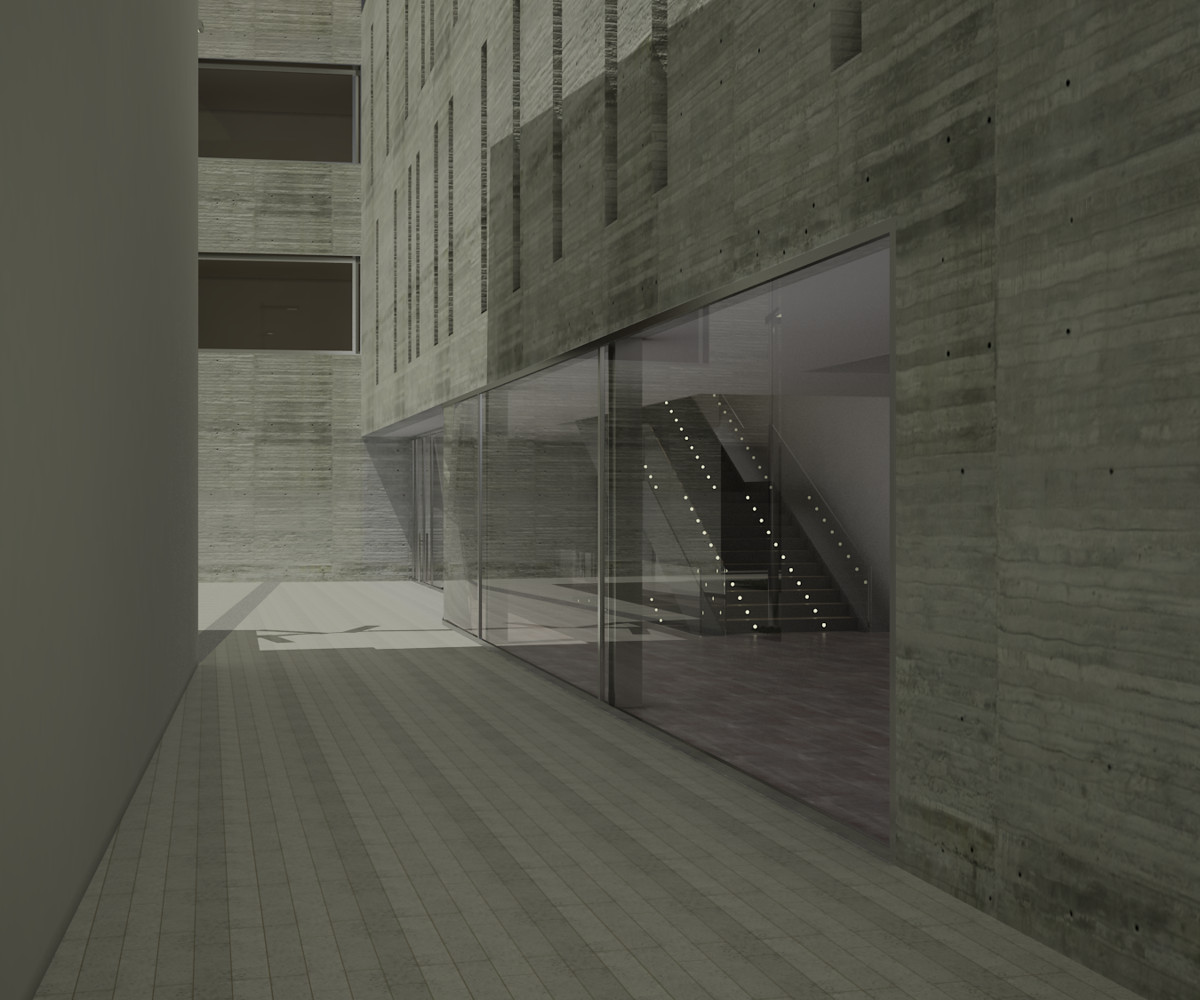 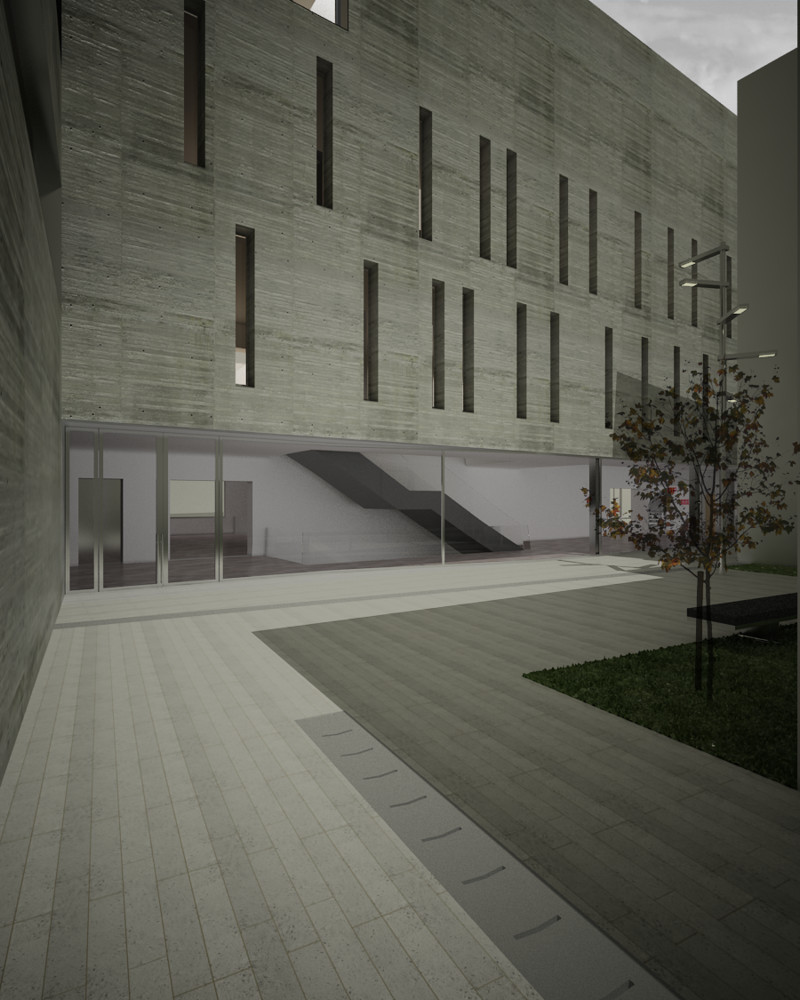 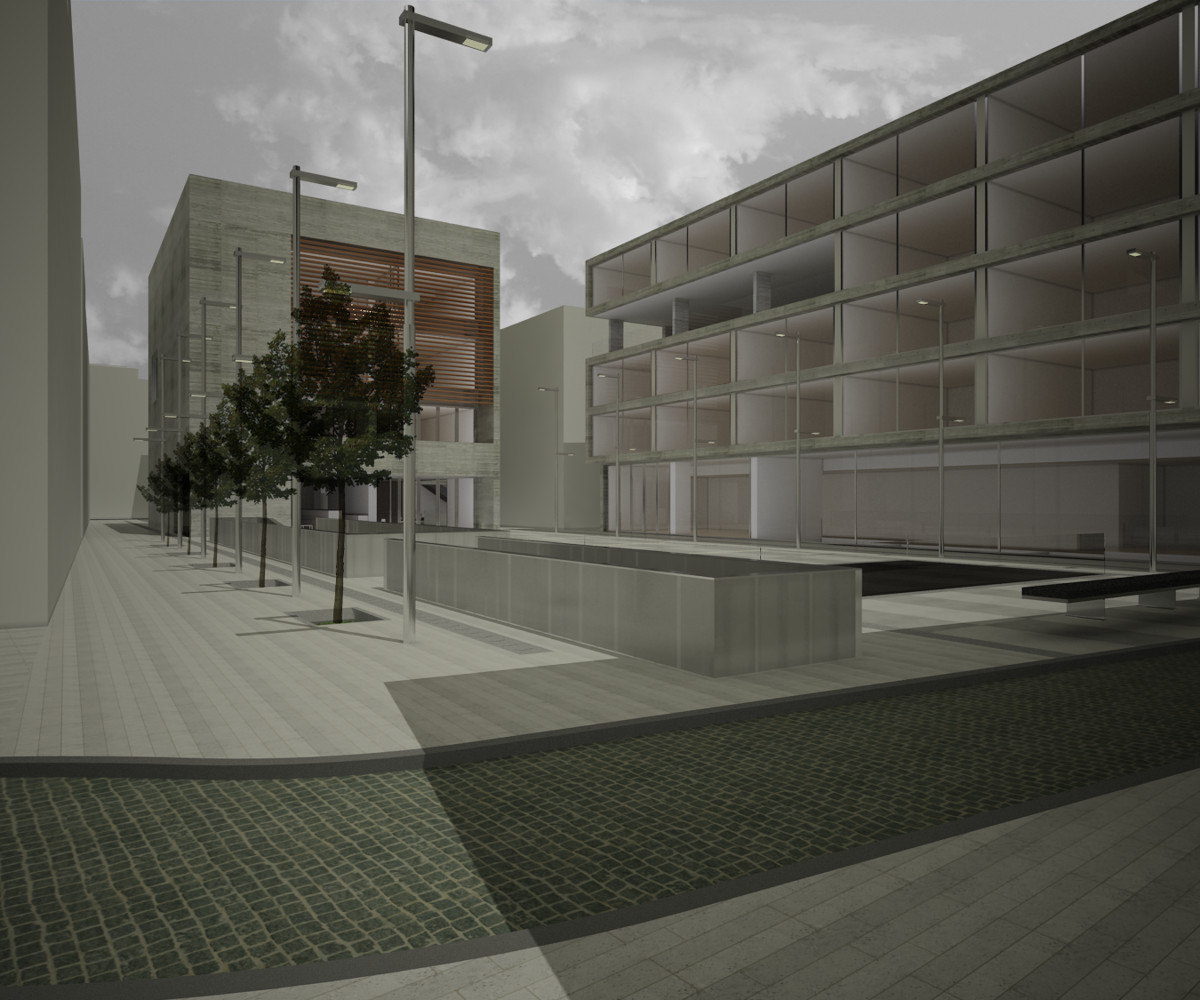 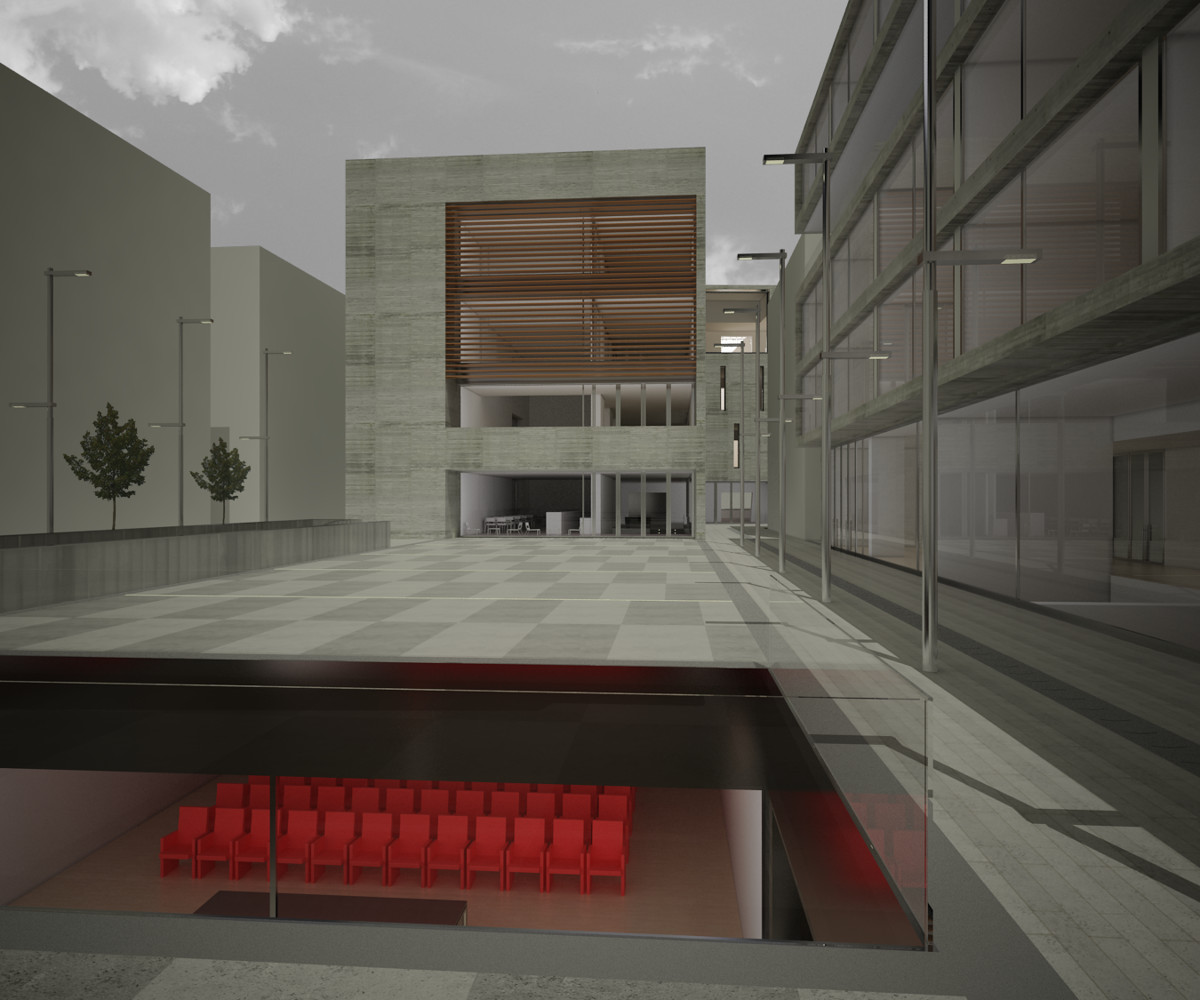 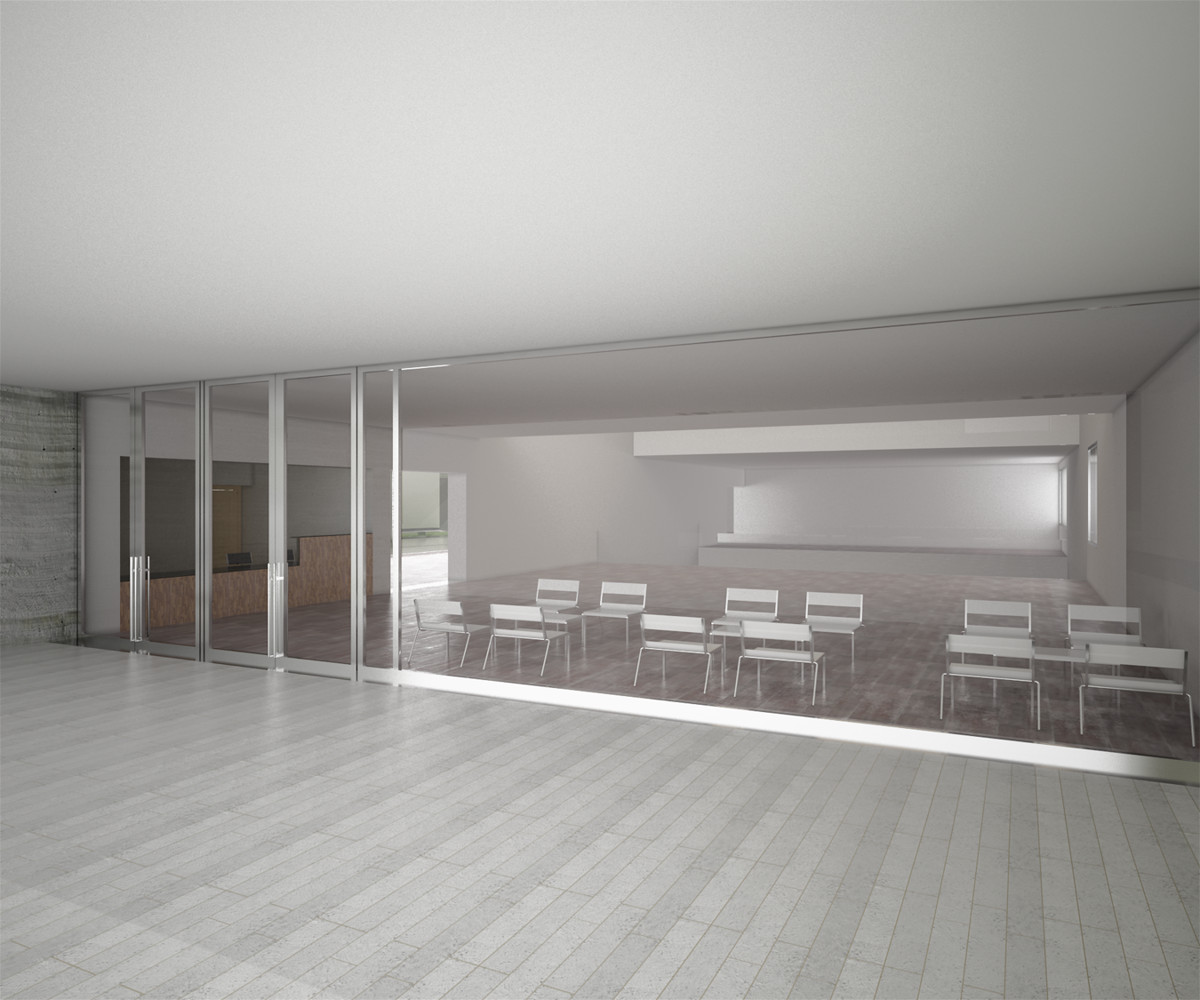 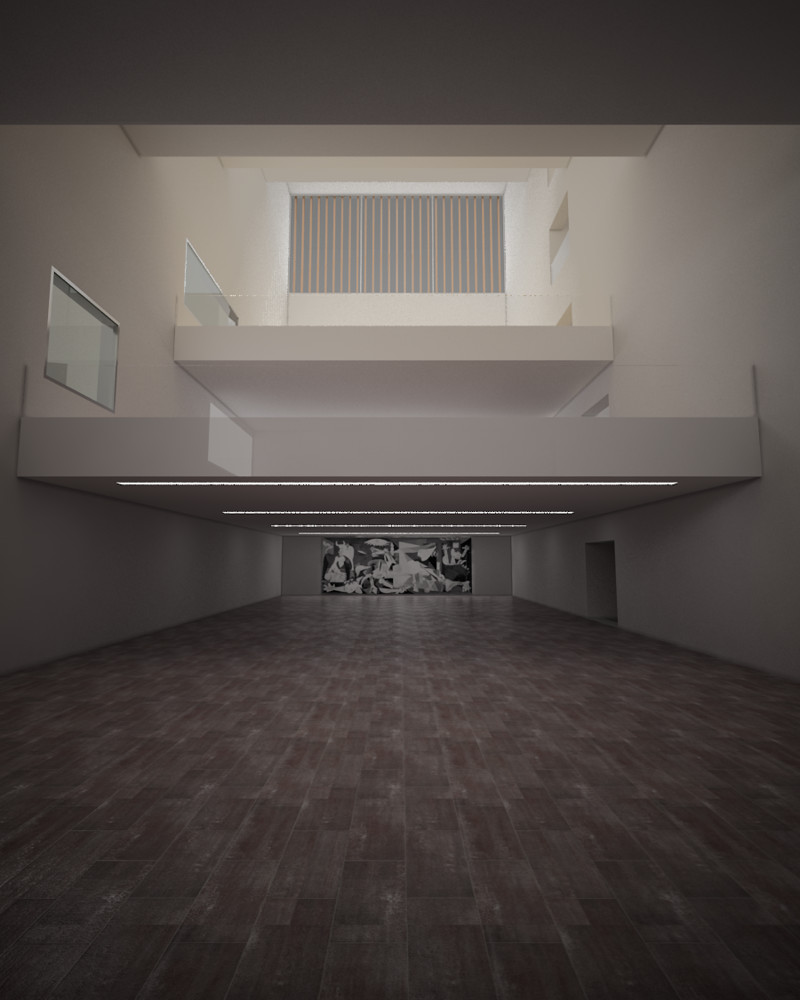 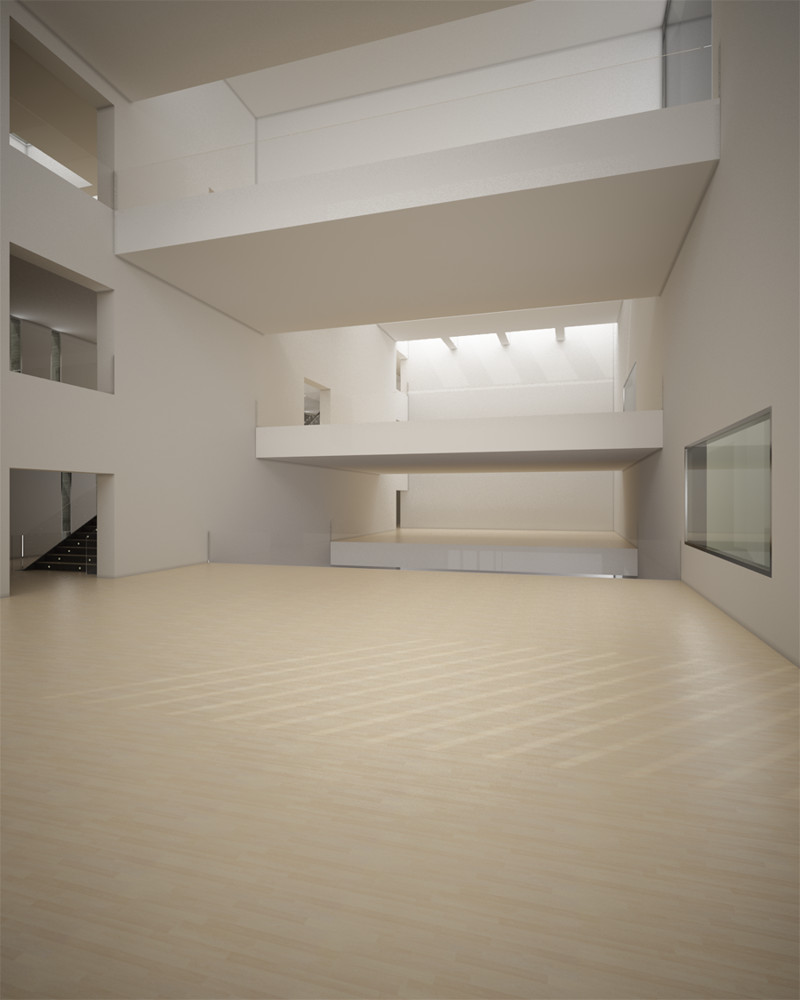 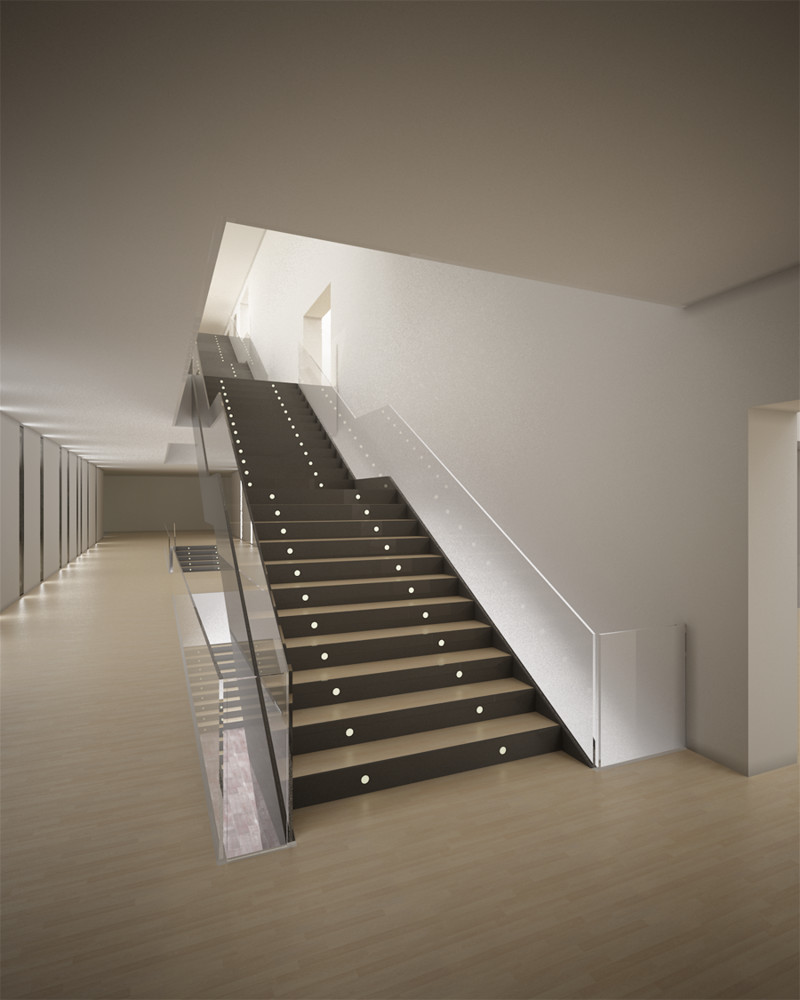 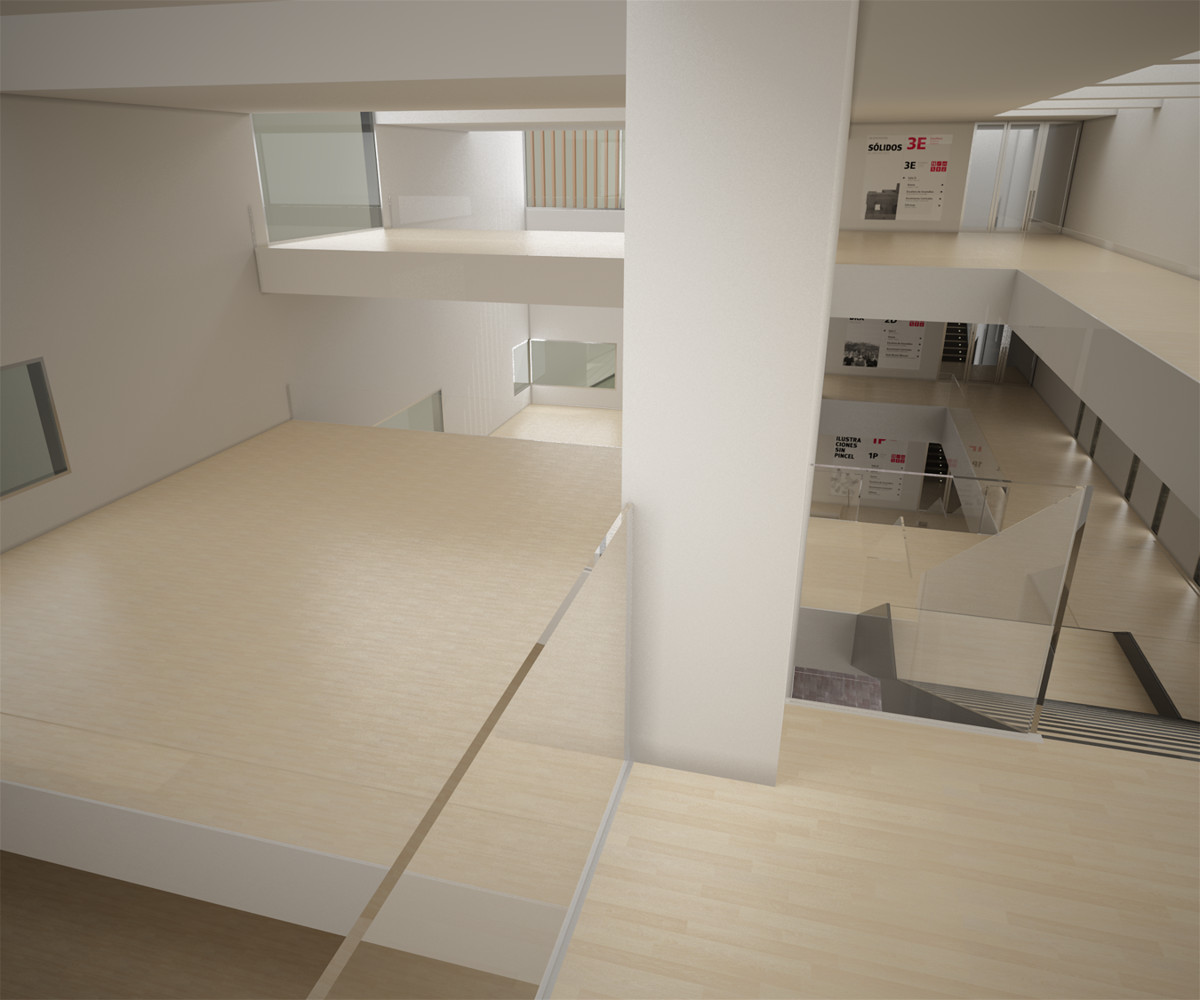 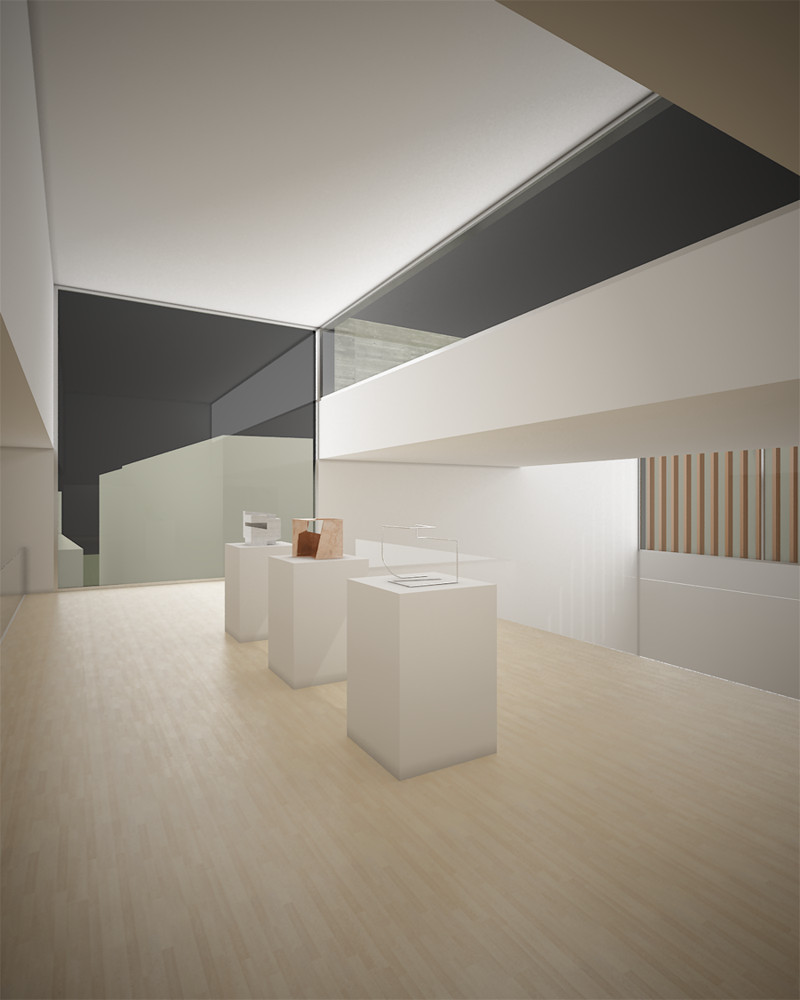 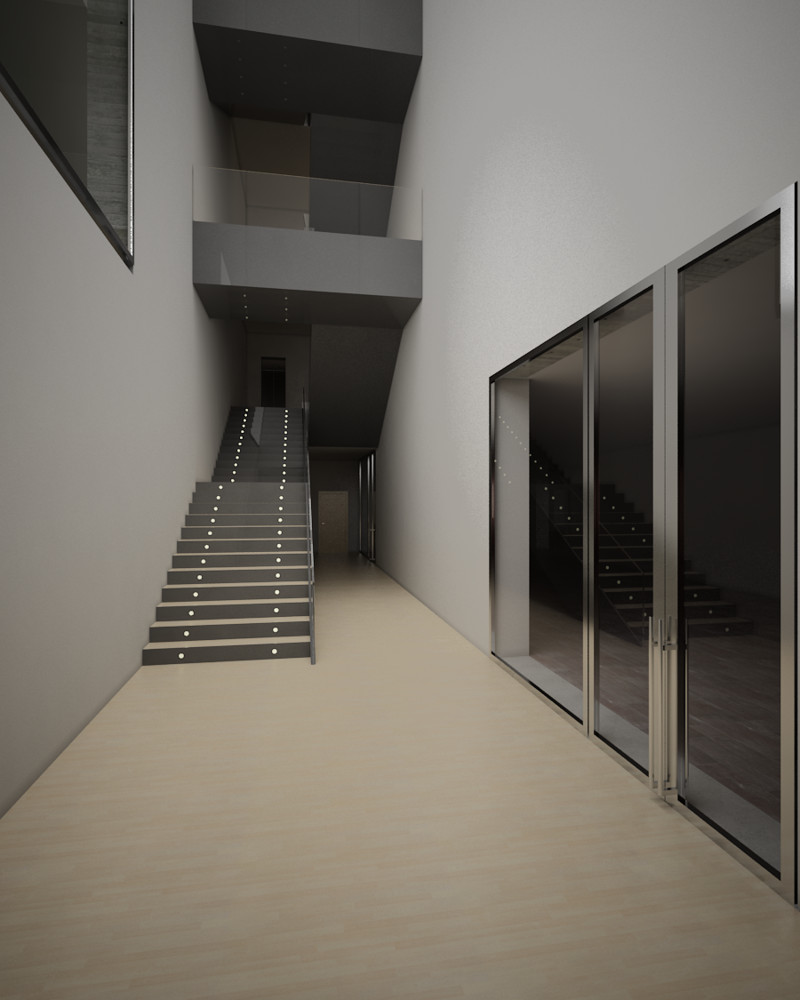 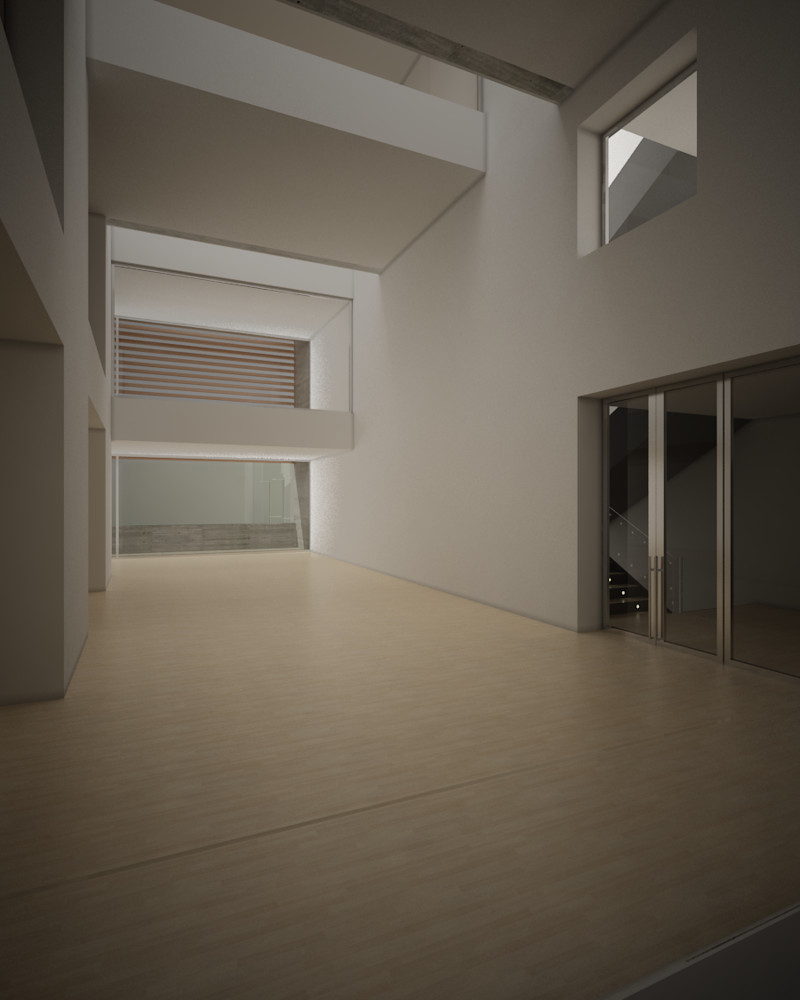